Where to eat and stay in Little Tokyo District, Mexico City

Colonia Cuauhtémoc, also known as the Little Tokyo District, is probably one of the most underrated neighborhoods in the heart of Mexico City. With trendy areas like Roma, Condesa, and Juárez nearby, people often miss spending time in Cuauhtémoc.

Decades ago, this neighborhood was a quiet residential area with Art Deco-style houses and apartment buildings. But its fate changed when many Japanese immigrants arrived in the city at the end of World War II. In the 1970s, the Japanese embassy was established here, along with some Japanese shops and restaurants — laying the foundations of what is now known as Mexico City’s Little Tokyo.

When talking about the area, it’s impossible not to mention Edo Kobayashi’s name, along with his mini-empire of izakayas, ramen restaurants, sake bars, and other venues. Edo Kobayashi, whose birth name is Edo López, is of Mexican and Japanese descent. He is highly passionate about both sides of the Pacific Ocean. With his gastronomic flare, he has brought the highest standard of Japanese cuisine and hospitality to Mexico in spots like Rokai and Le Tachinomi Desu.

Kobayashi is undoubtedly the king of the neighborhood, but many other entrepreneurs have built little pockets of Japanese culture that are well worth a visit. Here are some of our favorite places in this very underrated district in Mexico City.

Rokai is Kobayashi’s flagship izakaya, so it will always be a big favorite in the area. It’s a small place with a few tables and a bar, but given the quality of the food it serves, it has become one of the best Japanese restaurants in Mexico City.

Omakase is Japanese for “trust” or “leaving another to decide what is best,” which in this case is a highly skilled chef — and ordering it at Rokai is a must. The gesture of confidence rewards you with a seven to 12-course tasting menu that changes daily depending on the catch.

Next door is Rokai’s sister outpost, Rokai Ramen. It has a slightly more affordable menu of steaming wonton and dumpling starters and over 20 types of ramen soups, noodles, and broths. 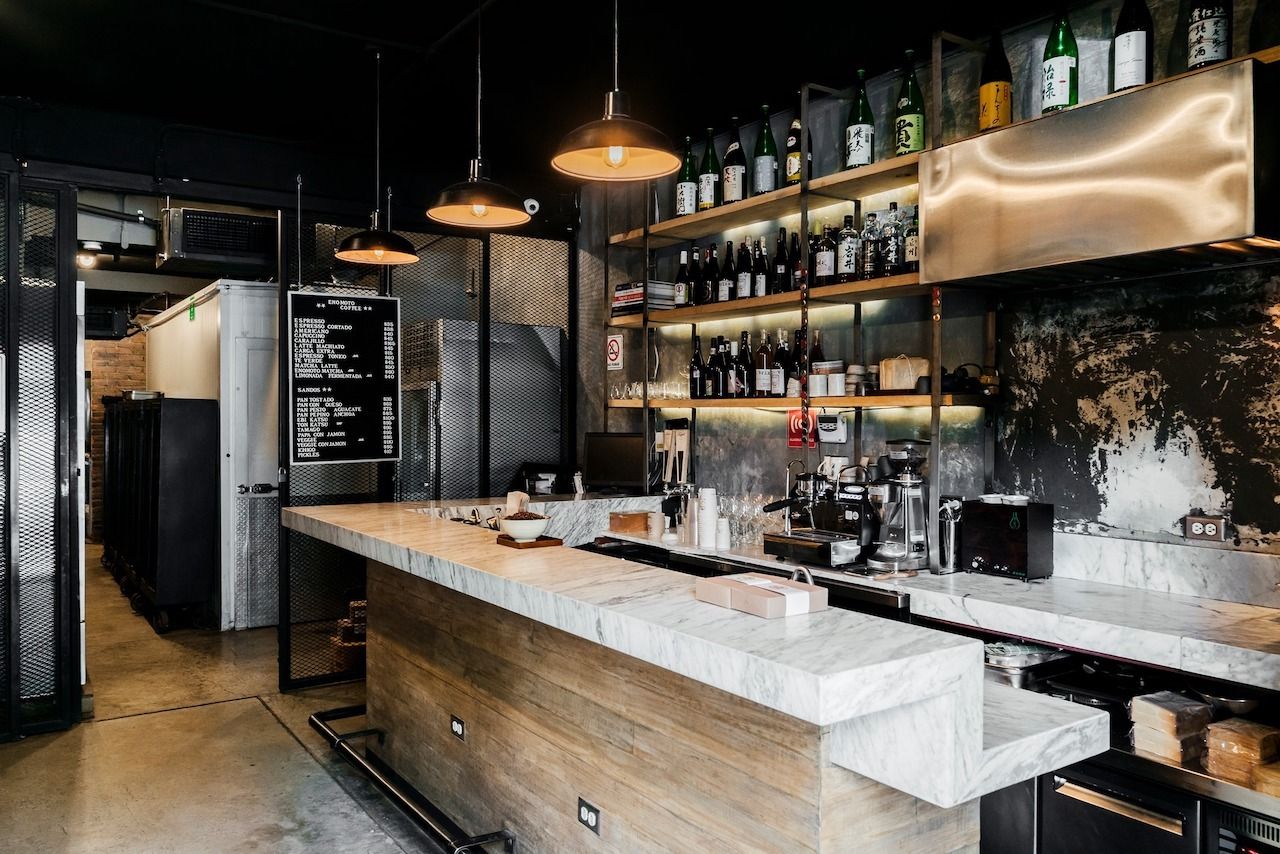 It’s not that common to find sake bars in Mexico City, but just a few meters from Rokai, you’ll encounter Le Tachinomi Desu, another venue in the Kobayashi group. Japanese cafe by day, standing bar by night, this spot is a place to be seen.

Known for its interesting selection of natural wines, premium sake, whiskey, and exquisite service, Le Tachinomi Desu takes 20 standing patrons at one time — so it’s worth booking in advance. The drink menu changes to complement the daily selection of small plates.

You can plan a day around eating at the venues of Kobayashi. From morning coffee and matcha drinks at Enomoto Coffee to a late lunch at Rokai and evening sake at Le Tachinomi Desu, all of these spots exemplify the best of Mexico City’s Japanese cuisine. 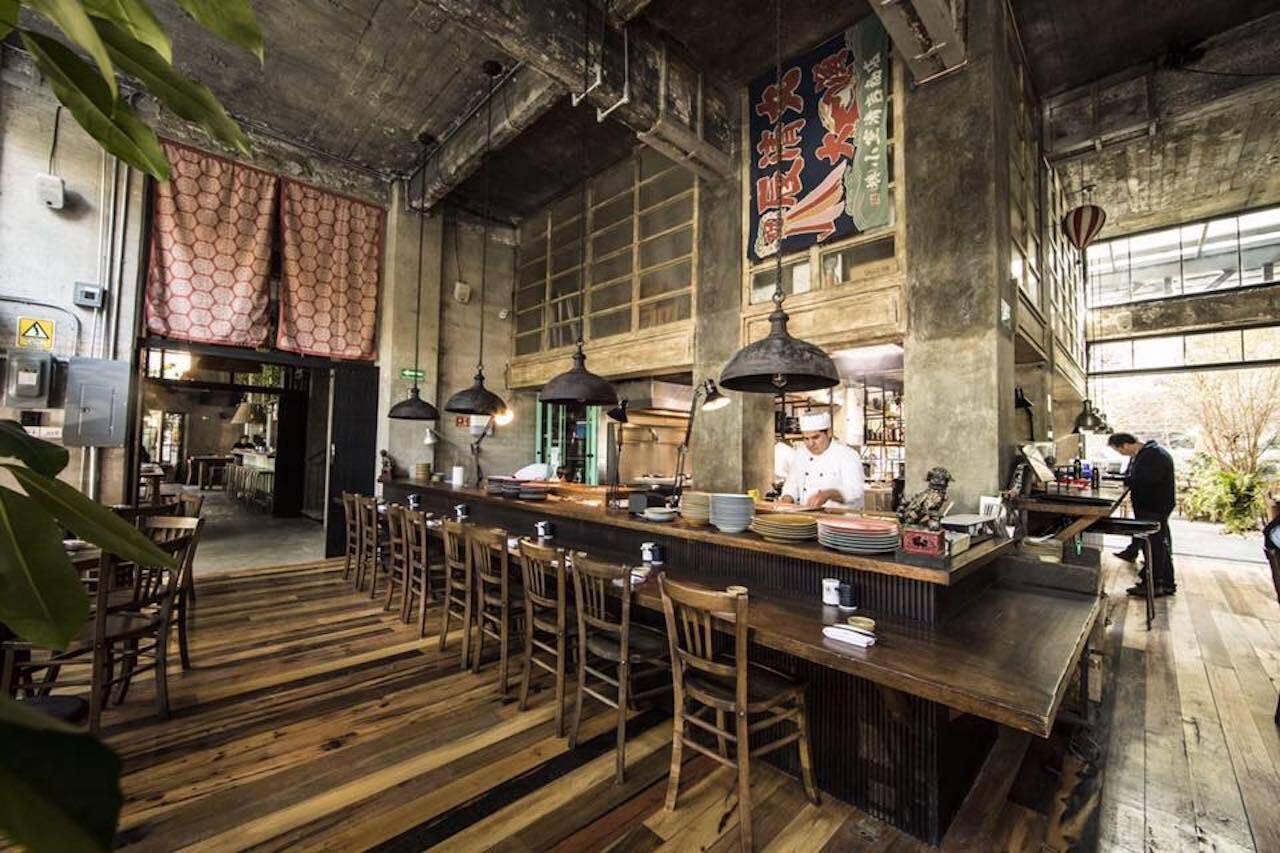 During my four years living in Colonia Cuauhtémoc, Koku was one of my favorite restaurants in the area. The venue serves an exciting range of Japanese dishes with Mexican touches. The dynamic menu with offerings such as Japanese tacos is extensive, and it includes an excellent range of sakes. The restaurant itself has a lovely ambiance combining minimalist urban design with natural wood and greenery. If you visit Koku, we highly recommend asking for a table on the patio, which is brought to life by sunshine during the day and illuminated by candlelight in the evening. 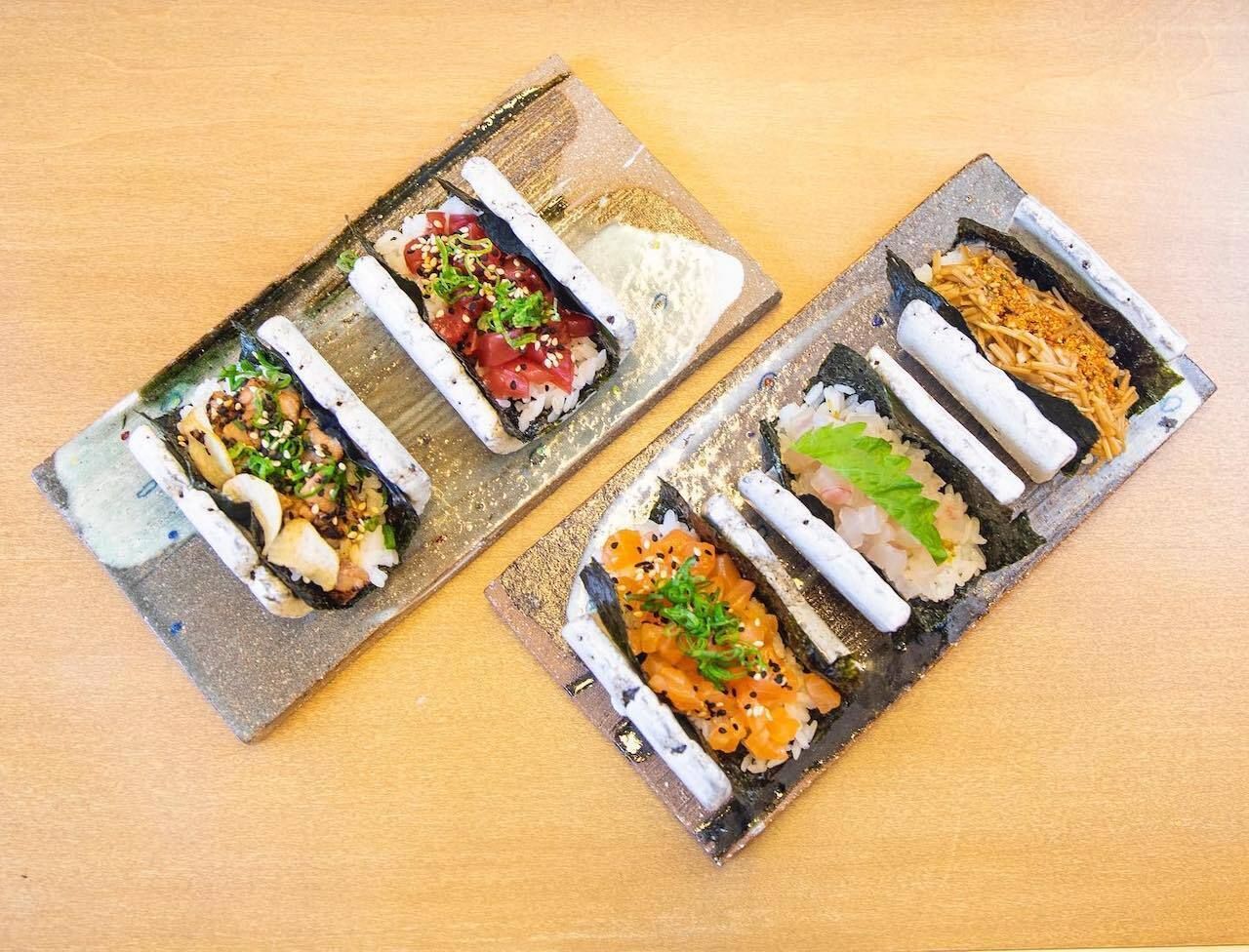 Japanese food bars, where you can sit right in front of the chef to admire how they prepare the delicacies you are going to eat, are simply charming. Madai Sushi does this perfectly. The small bar only sits eight at a time, creating a feeling of intimacy with chef Adán Peláez, who’s worked for several years at Rokai. Peláez has mastered Japanese cookery, balancing the minimalist and opulent flavors of his ingredients to create a feast of sensations in each of his dishes.

At Madai, you will find the traditional sushi rolls that we all know and love, but also nigiri, bowls, soups, and tartars. Taconori — a taco of toasted seaweed — is an emblematic dish of Madai, so much so that there’s a specialized taco bar called Shiso next door. Don’t pass on the classic wagyu beef, caviar, and summer truffle taco — it’s a local favorite. 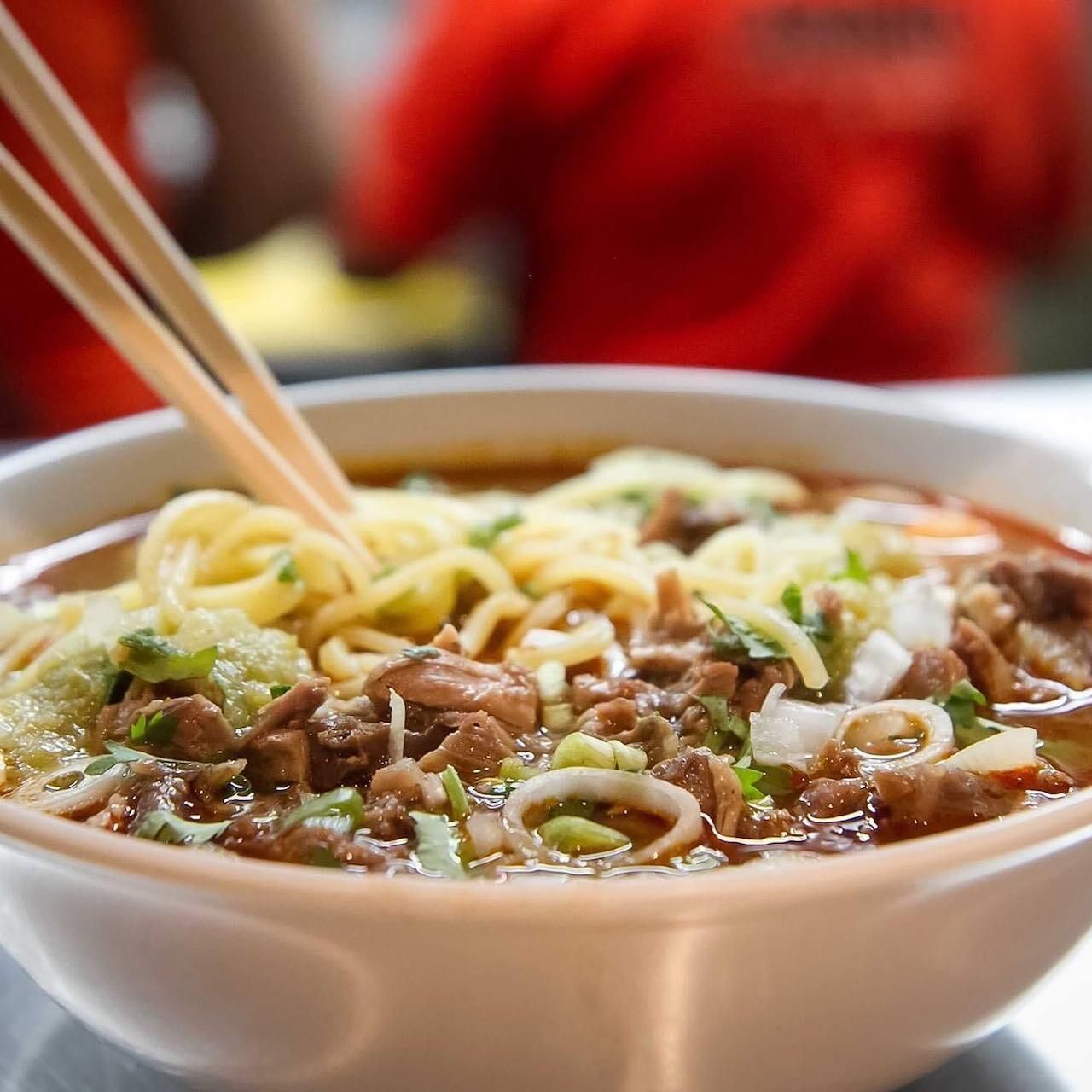 Caldos Ánimo is a small Japanese Mexican fusion restaurant that serves what every Mexican looks for to ease hangovers: a good soup.

It offers a warming selection of Mexican broths. Many options take national produce like corn, beans, and nopals (cactus pads), and incorporate them with Japanese flavors; all served atop ramen and udon noodles. The star of the menu is the Birriamen. The combination of delicious birria, a spicy stew from the state of Jalisco, with ramen is genius. Likewise, its Caldo Huérfano, with black bean broth, pork belly, and udon noodles, is another Caldos Ánimo classic. 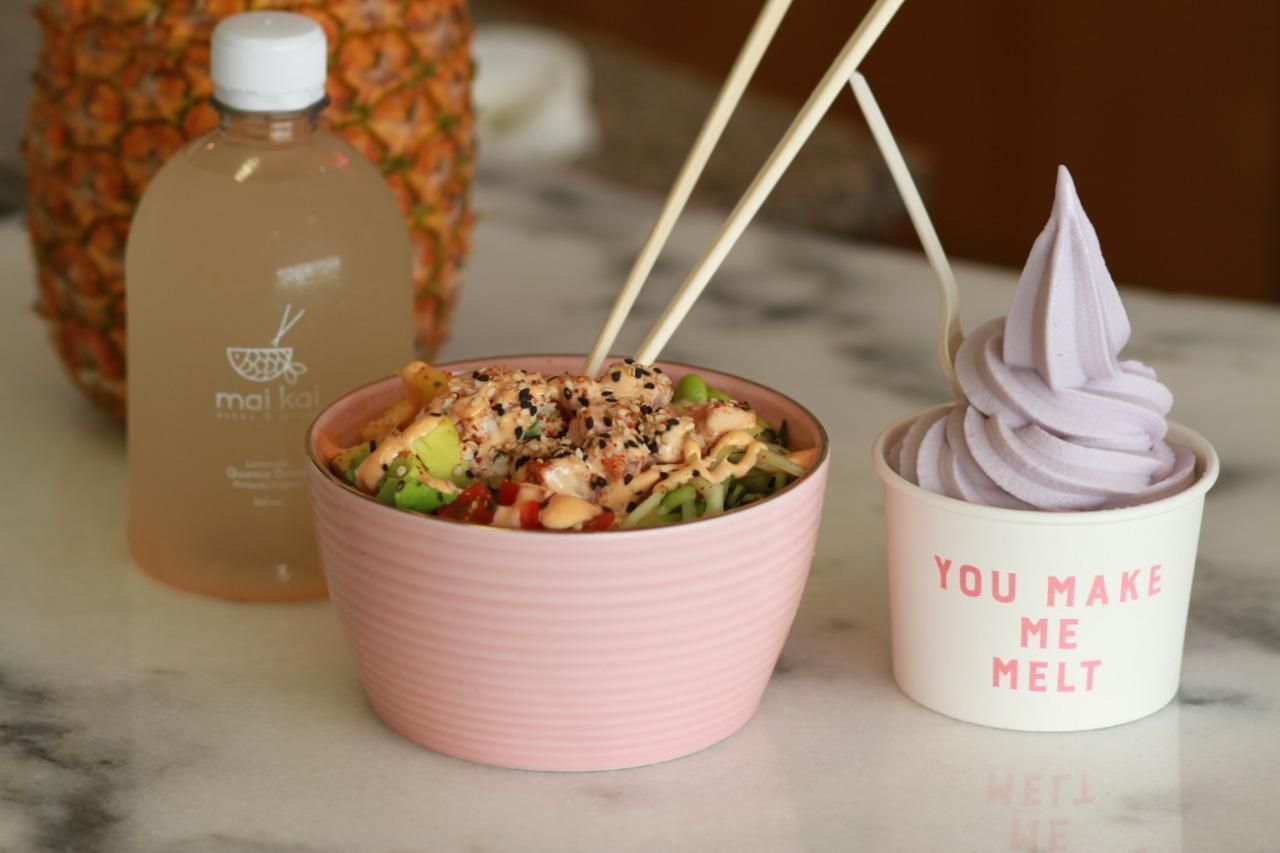 In the Little Tokyo District, there’s another name besides Edo Kobayashi that we can’t avoid mentioning: Takeya Matsumoto. Matsumoto arrived in Mexico around 2007 and has opened some of the best Japanese restaurants in the city. In Colonia Cuauhtémoc, he is in charge of the delicious menu at Koku (mentioned above), but he also owns Maikai Poke, which offers an irresistible fusion between Japanese and Hawaiian food.

As its name suggests, you will find poke bowls prepared with the freshest fish in town. You can order the chef’s favorites or create your own poke bowl by choosing a base (rice, quinoa, or soba noodles), protein (fish, octopus, shrimp, or organic tofu), vegetables, sauces, extras, and toppings. 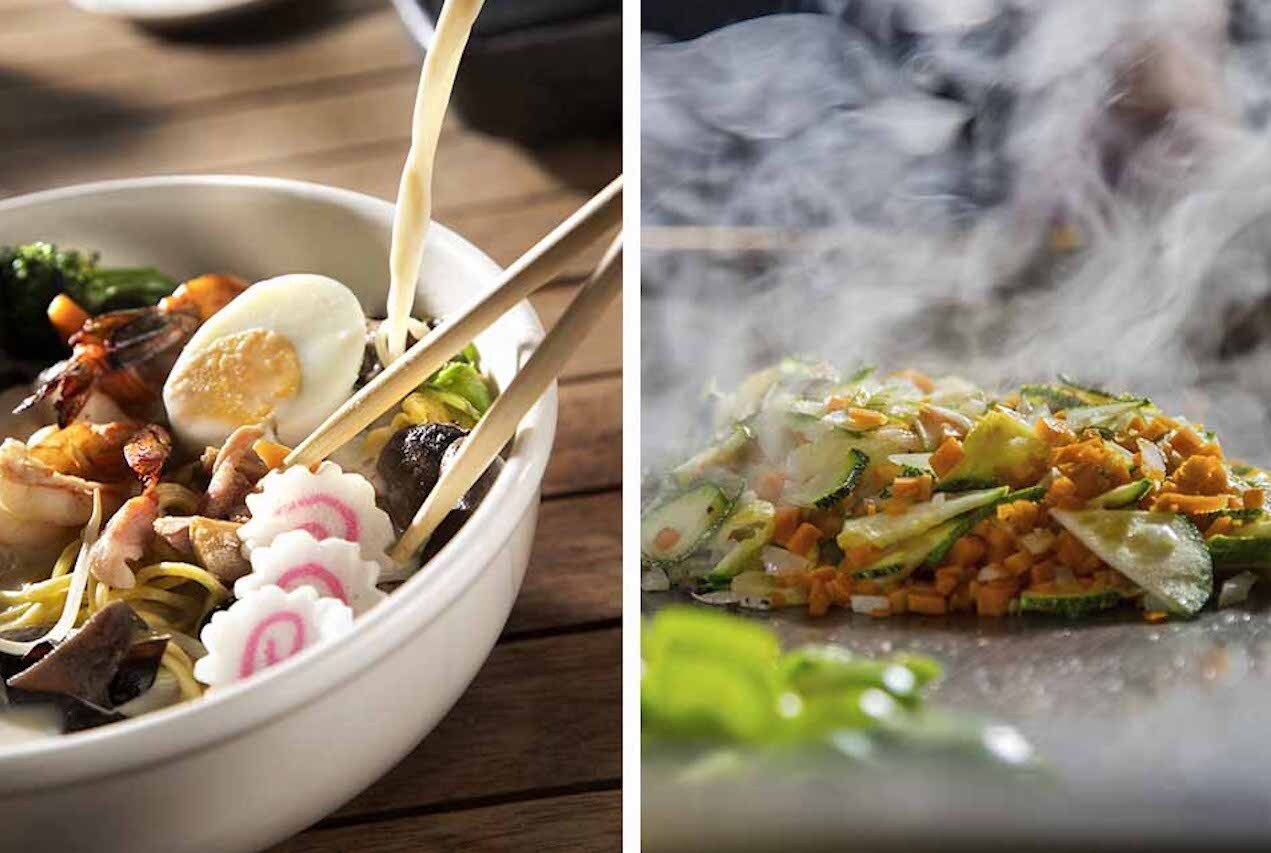 While the rest of the restaurants on this list are mostly visited by travelers and residents of other city areas, Daikoku could be considered the “local” Japanese restaurant in the neighborhood.

In 1971, Daikoku was one of the first Japanese restaurants to open in Colonia Cuauhtémoc. With a relaxed and uncomplicated atmosphere, Daikoku has an extensive and occasionally indecipherable menu. If you are a fearless foodie who likes to taste all kinds of flavors and textures, the best thing you can do is order a selection of dishes — you won’t be disappointed. But be sure to order nigiri, as it’s hands down some of the best nigiri in the city. 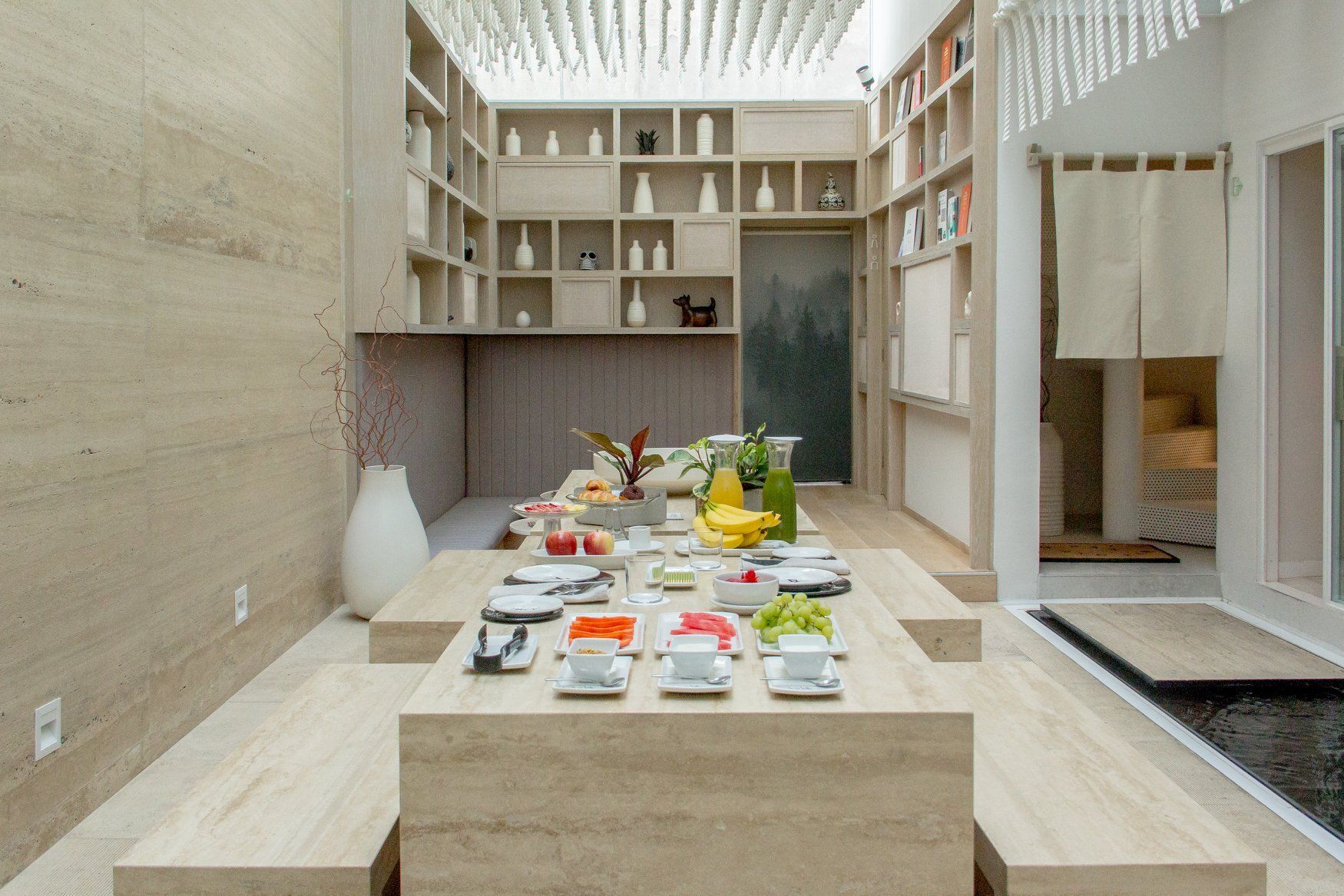 Mexico City’s Little Tokyo District has its own ryokan, an inn in the traditional Japanese style. It’s the only hotel with this concept in the city and the first of its kind in Latin America. Even São Paulo, Brazil, doesn’t have one in its famed Japanese neighborhood.

Ryo Kan is a beautiful space and a tribute to Japanese culture. The hotel has 10 rooms (called residences) inspired by the interiors of eighth-century houses in Kyoto. The rooms are cozy with details such as traditional fusuma sliding doors, tatami mats, and floor-level beds. The hotel also features a Japanese garden, spa, library, and four onsens that sit on a terrace overlooking the city. Ryo Kan is open to non-residents, offering a range of day passes to its spa and other well-being facilities, as well as to its tea ceremony and gong bath meditation experiences.