Driving the now-famous Ring Road, the highway that runs around Iceland’s perimeter, makes for one of the greatest road trips in the world. The drive is an 821-mile visual feast of waterfalls, fjords, volcanic landscapes, and fishing villages. On the third or fourth day of the journey (if traveling the more popular counterclockwise route), the seemingly endless Vaðlaheiðargöng toll tunnel opens to reveal a city situated on the Eyjafjörður Fjord: Akureyri, Iceland’s northern capital.

For many on the Ring Road, Akureyri serves merely as a quick pit stop, but the small city of 20,000 inhabitants rewards those who linger. Akureyri has a rich art scene, world-class whale-watching, and is the access point to Iceland’s only territory within the Arctic Circle. In the winter, Akureyri is also one of the best places in Iceland to view the aurora borealis. Getting to know Akureyri is worth adding extra days to any trip on the Ring Road, and the following three-day itinerary highlights the best of Iceland’s second-largest city.

Day one: Art, gardens, and beer 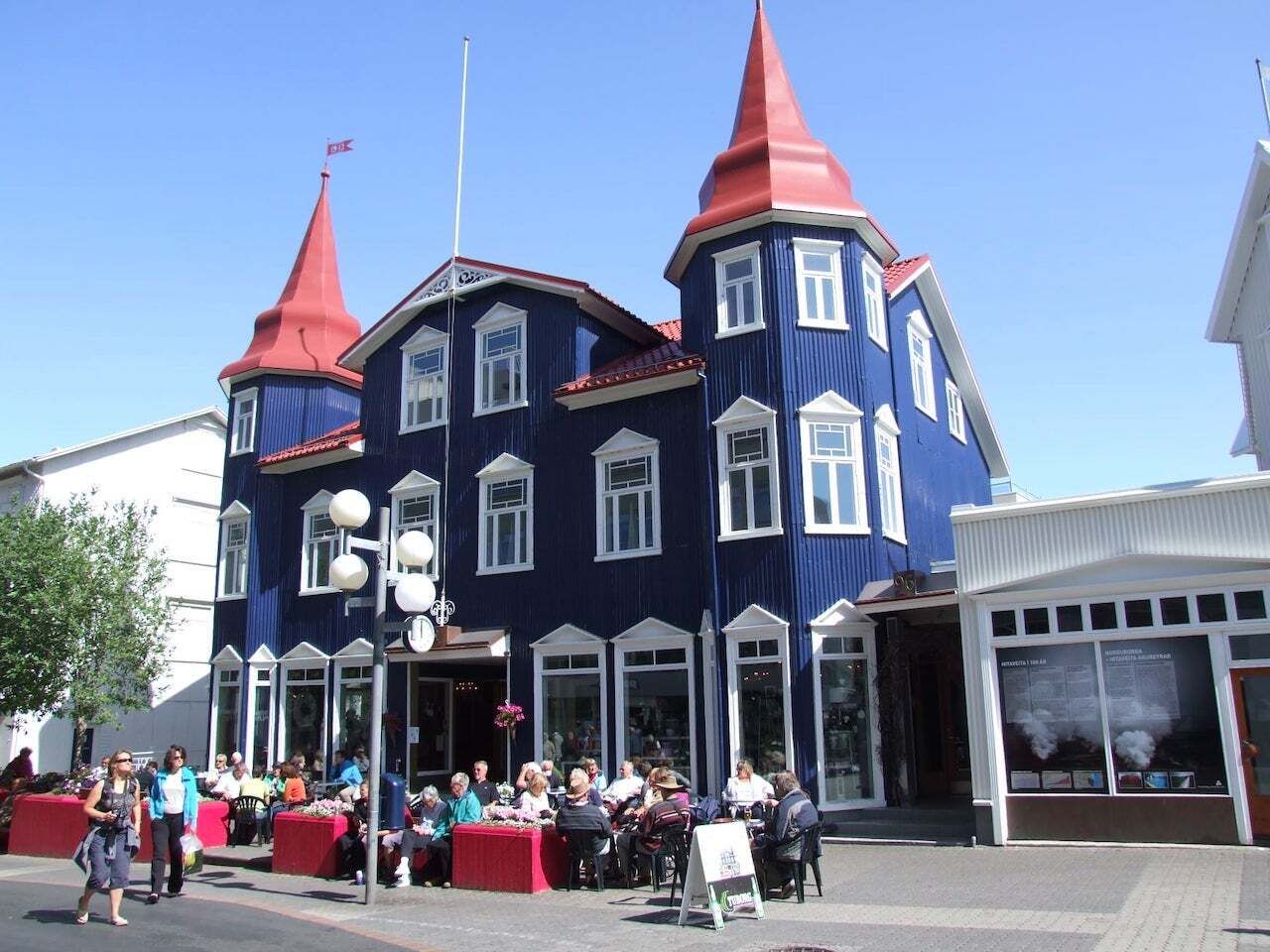 For a delicious continental breakfast with fresh bread, Icelandic butter, and espresso, start your first morning in Akureyri at the beautiful Blaa Kannan Cafe. Once caffeinated, we recommend picking up a map of the Akureyri Art Trail and taking a stroll to admire the many public murals and sculptures. For a longer walk, the magnificent Eyjafjörður Fjord is a short distance from downtown. The walkway along the water is embellished with statues and historical plaques about the city’s founding. If you’re feeling peckish after the walk, Pylsuvagninn, the famous hot-dog stand on Hafnarstræti street across from Blaa Kanna, is a local favorite for classic Icelandic hot dogs. They also offer vegan options and creative variations like the “volcano dog,” a frank nestled in a black bun with fried onions and spicy red ketchup. 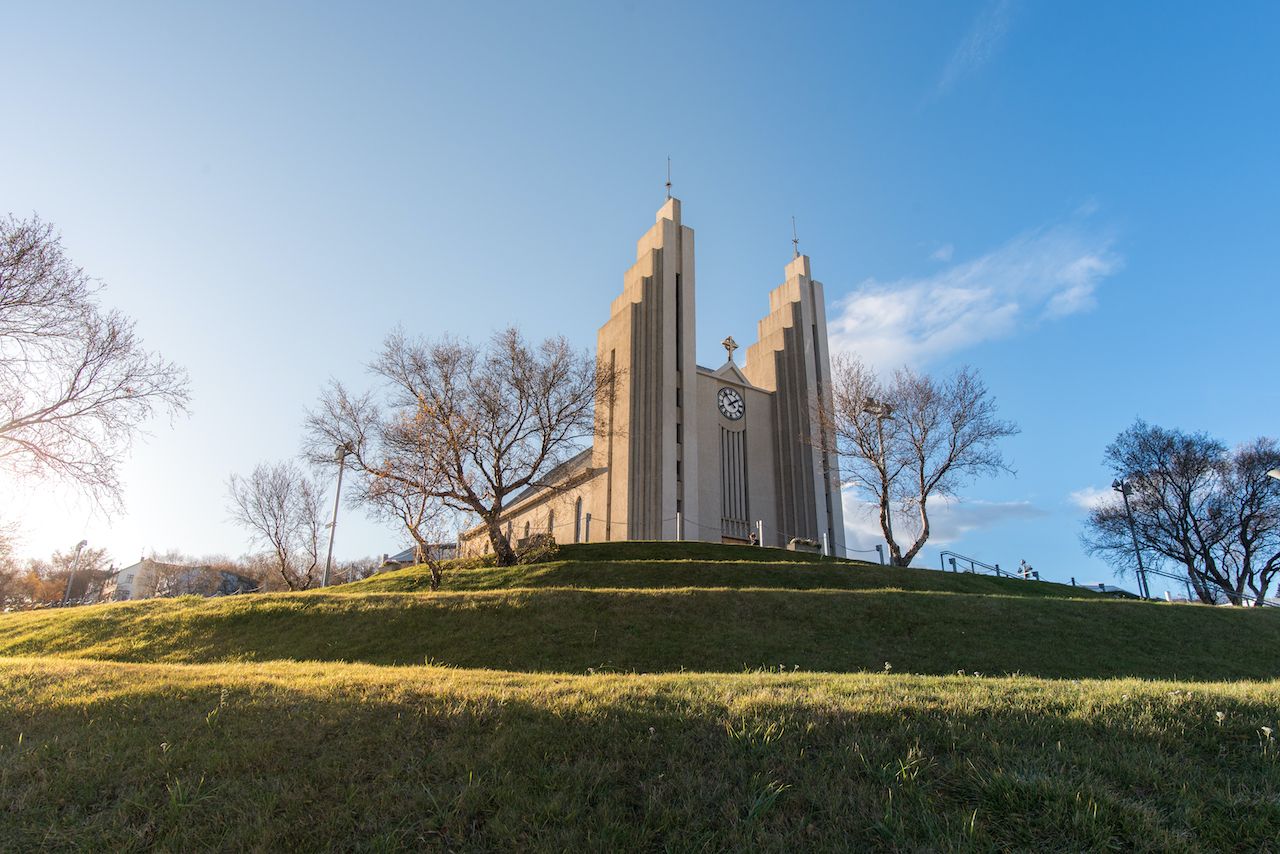 The Akureyri Art Museum hosts permanent and rotating exhibits of Iceland’s most famous artists — many of whom are from Akureyri. We recommend around an hour to explore the museum. The sloping street adjacent to the museum houses numerous small galleries from Nordic artists, and you can easily spend another hour perusing the art for sale. At the top of the street is the iconic Akureyri Church, which like the Church of Hallgrimur in Reykjavik, is a stunning example of Nordic modernist architecture.

Continue climbing the streets higher to the Arctic Botanical Gardens, home to an assortment of cold-climate flowers, succulents, and trees from around the world’s arctic regions. Grab a coffee or snack from the gardens’ café and admire the fjord, mountains, and city views. If there’s still time in the afternoon, we recommend checking out Laufás, a site initially founded by Norse settlers in the 9th century. Visitors to Laufás can explore traditional Icelandic turf-roofed homes as well as a 19th-century timber church, one of the surviving such buildings in the country. 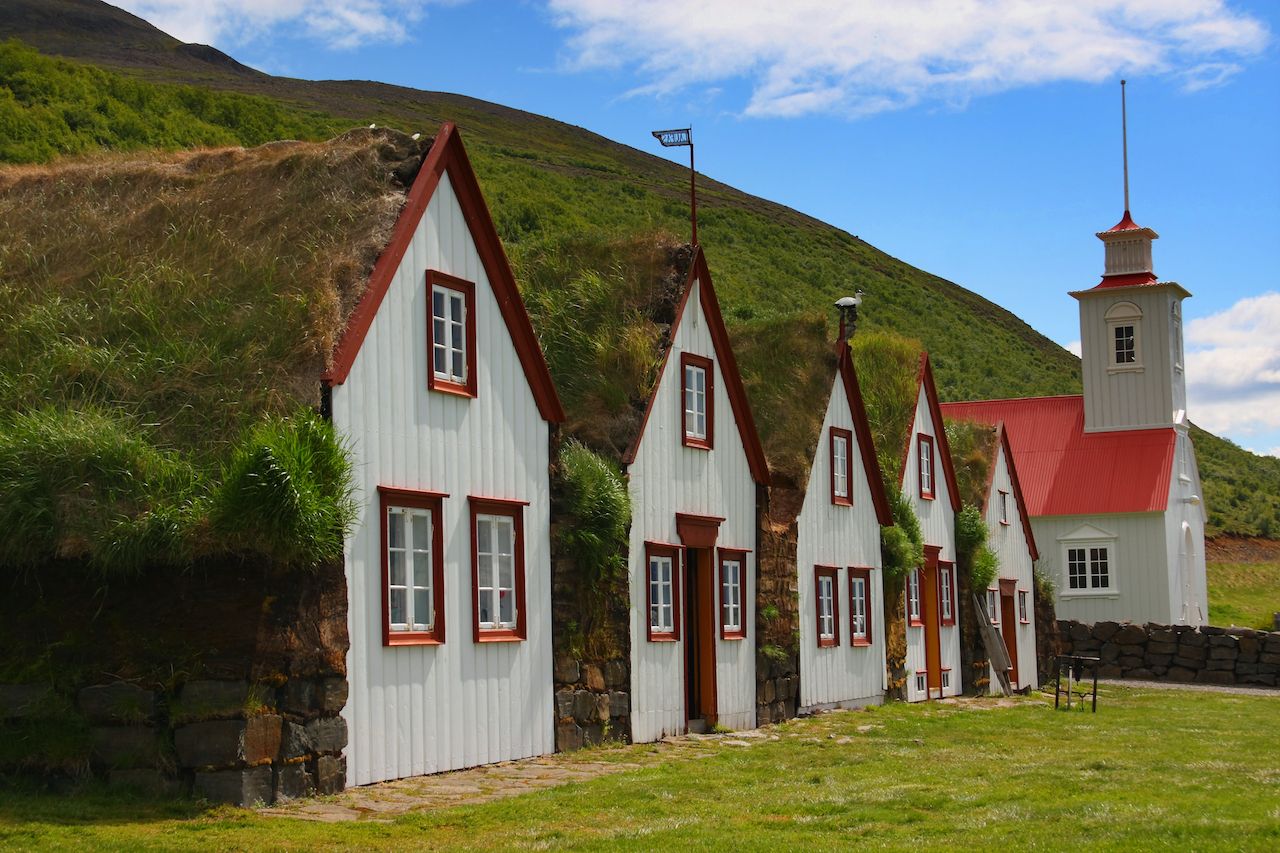 The evening of your first day in Akureyri calls for one of the most unusual brewery experiences in the world: a therapeutic soak in a bath of beer at the Beer Spa, located in the town of Árskógssandur about 20 minutes outside of Akureyri. Surrounded by a panorama of snow-capped mountains, immerse yourself in a bath of beer — purported to renew and detoxify the skin. While you’re not supposed to consume the warm beer in the tub, you are encouraged to enjoy a pour from the brewery’s selection from around Iceland while you’re soaking. 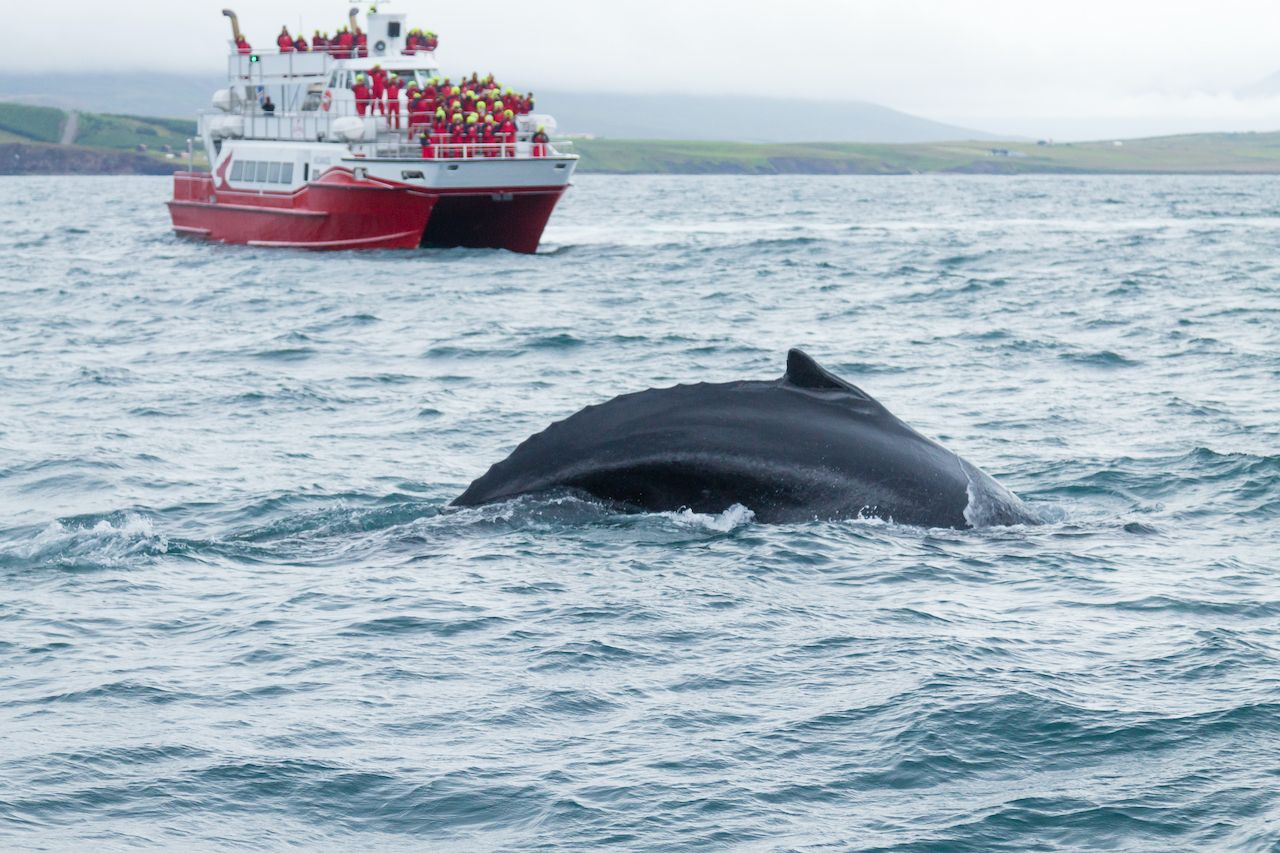 Geothermal chimneys dot the seafloor of the waters around Akureyri, resulting in a rich marine ecosystem and fishing ground. Humpback, orca, mink, and blue whales abound in these waters, and tours depart daily to observe these majestic creatures up close. Make sure to dress warmly, as it’s chilly out on the arctic waters, even in the summer. Whale-watching tours range in price from $100-150, depending on the size of the group, and last about three hours. The guides educate you extensively about the life cycles and social lives of the whales and conservation efforts to ensure their survival. Most tour boats have a bar on board (a little liquid warmth is also great on the cold water!) Whale Watching Akureyri has offices and ports within walking distance of the downtown area. 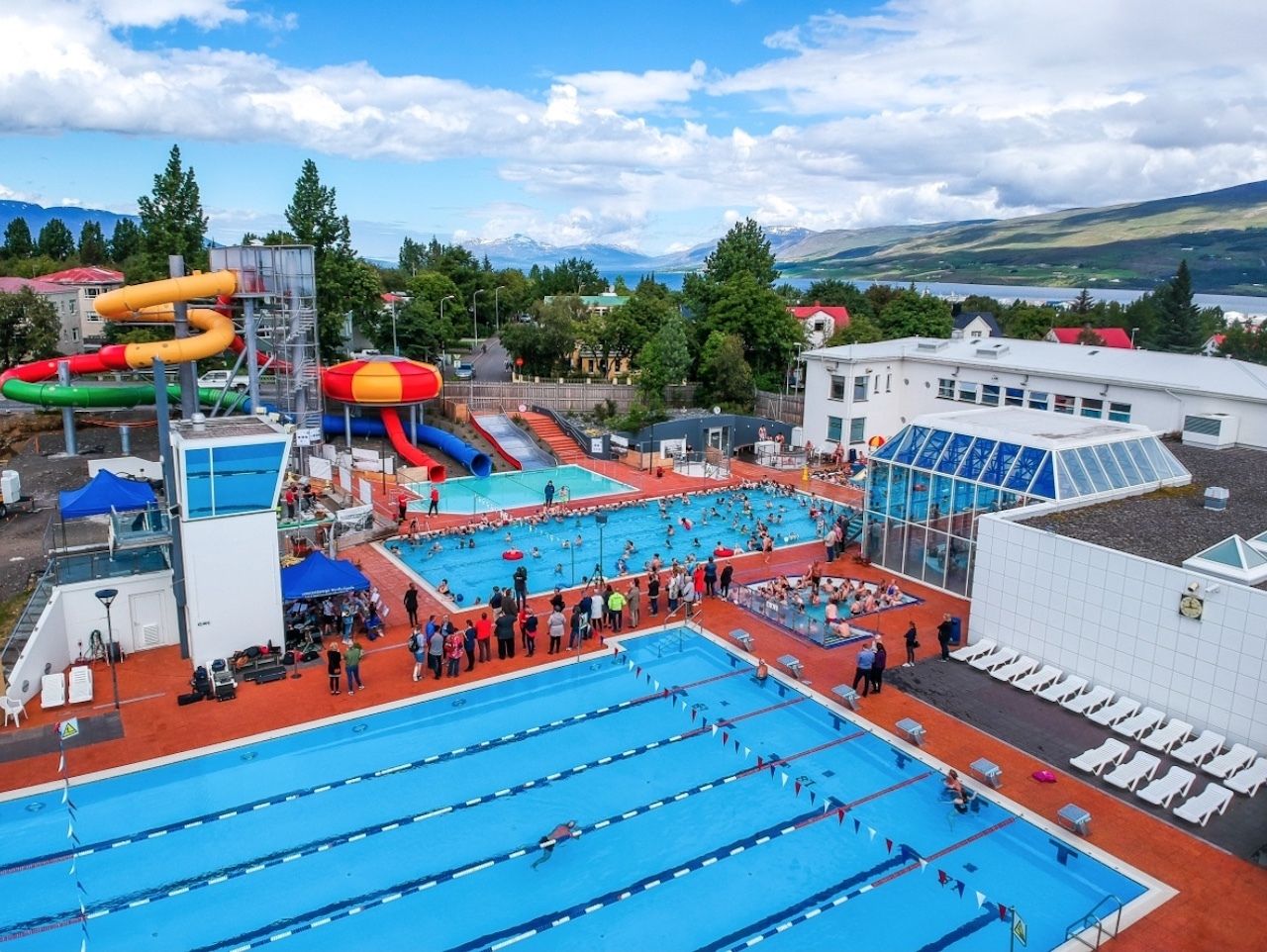 After a day on the ocean, warm your bones in the geothermally heated sauna and Jacuzzi at Akureyri Swimming Pool, a popular destination among locals. Day passes to the facility are about $10, and amenities include an Olympic-size swimming pool, dry and steam saunas, and hot tubs. Public swimming pools are deeply embedded in Icelandic culture, serving as a social hub and, especially during the winter months, a respite from the cold weather. The classic regimen is to sit in the sauna for about 20 minutes and then plunge immediately into a pool of cold water.

For fresh seafood with a Japanese flair, make a dinner reservation at Rub 23, a celebrated restaurant near the Akureyri Art Museum. The menu leans heavily on sushi, sashimi, and other raw-fish dishes and brilliantly showcases the delicious fish of Iceland’s cold waters: arctic char, salmon, cod, and plaice. Depending on the season, make sure to try Icelandic lobster as well, a crustacean related to Maine lobsters but considered more succulent and sweet. 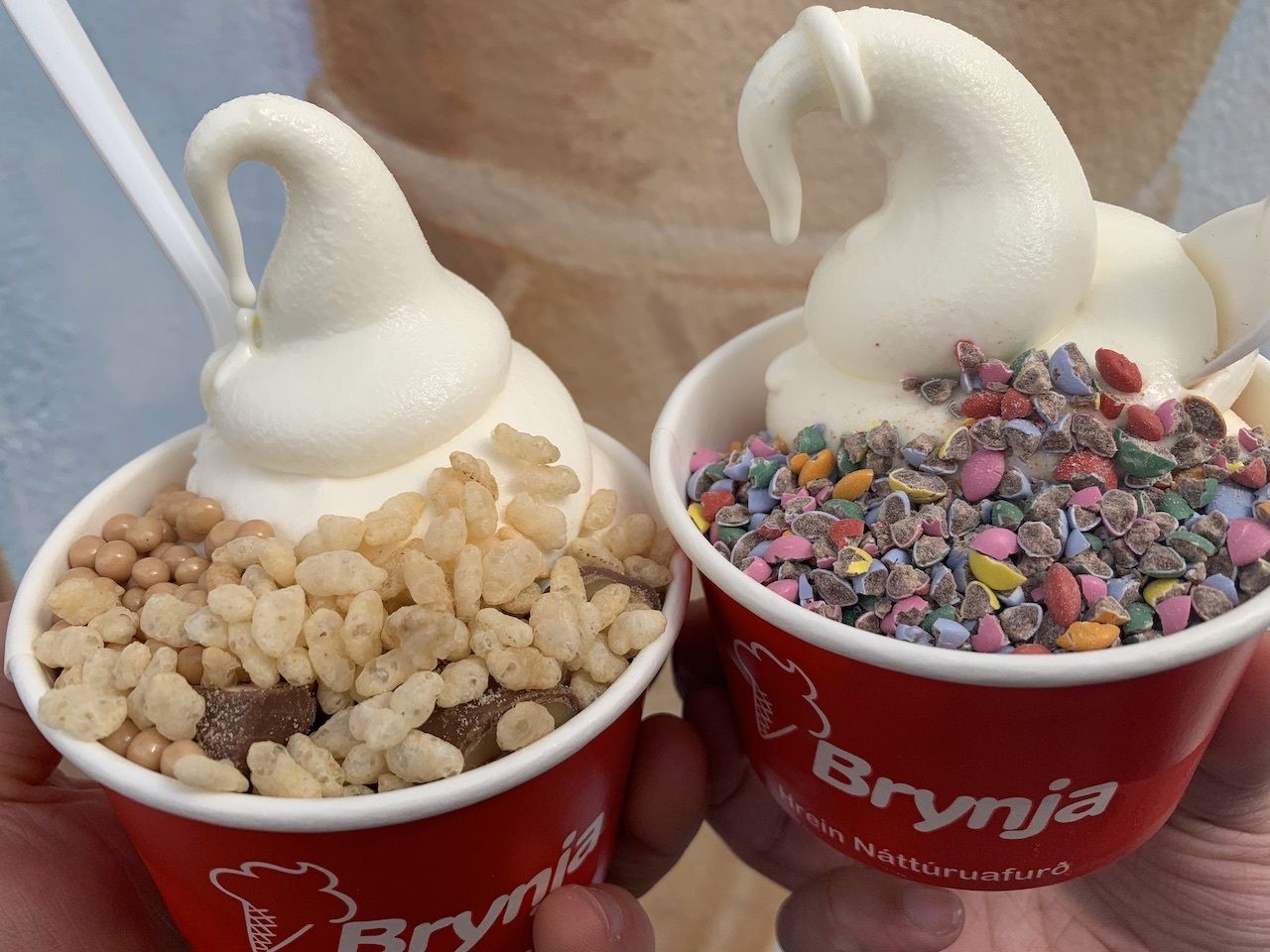 While Rub 23 has an enviable dessert menu, it’s worth going the short distance to Brynja, a locally beloved ice cream parlor. Specializing in soft serve, Brynja only offers a couple of flavors (including a vegan option). Still, the rich Icelandic milk makes for an unforgettable cold treat — even more so with the dazzling assortment of berries, chocolates, nuts, and Icelandic candies to top off your cup or cone.

Day 3: An Excursion to the Arctic Circle 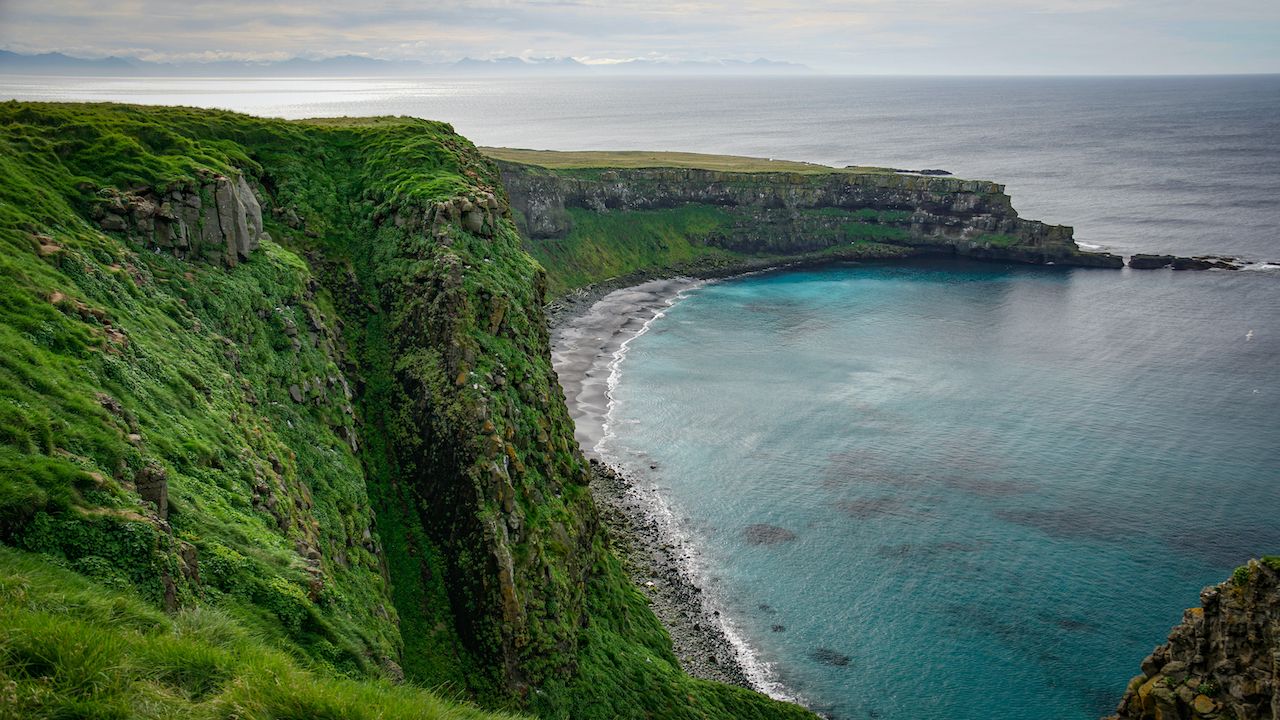 While Iceland hovers right below the Arctic Circle, one small territory of the country is actually within it: Grimsey Island. It is located about three hours by ferry or 30 minutes by plane from Akureyri, Grimsey Island in the 9th century — roughly the same time as Akureyri. Norse Vikings settlers arrived on the tiny wind-swept island at some point in the 9th century, and Grimsey quickly became coveted for its fertile fishing grounds, seabirds, and seals. As a result, the island is steeped in history and mythology and is home to a small town in addition to one of Iceland’s oldest churches.

The natural beauty of Grimsey Island is exceptional, even for the lofty standards of Iceland — a country so blessed with stunning scenery that the religiously inclined might see evidence for a divine flair for ostentation. While there are no large animals on the islet, seabirds — including puffins — abound on Grimsey. The island’s arctic latitude makes it one of the best places to view the northern lights; the celestial light shows that the Vikings imagined were warrior angels racing across the sky. Also, due to the extreme northern latitude, the sun shines 24 hours straight on Grimsey during the summer months. Most hotels have blackout shades, but it’s a good idea also to bring a sleep mask. 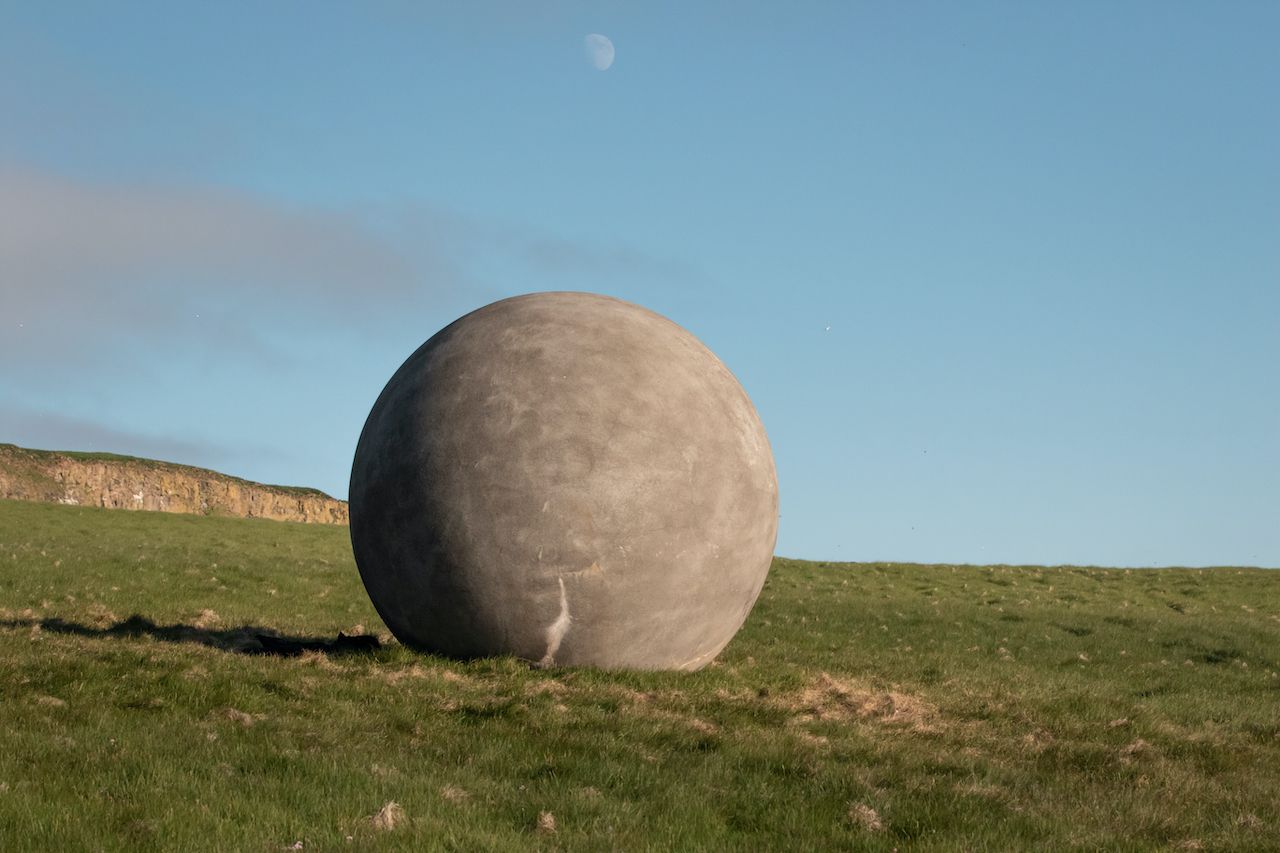 Perhaps even more chilling than Grimsey Island’s frigid weather is the large concrete ball placed on the island by the Icelandic government to track the edge of the Arctic Circle. In modern times, the Arctic Circle has been receding on an average of 48 feet per year, and the ball’s location is adjusted each year accordingly. Thus, Grimsey Island bears witness to the increasing loss wrought by climate change.