Next generation Singapore hawkers to know

Solar powered “supertrees,” modern skyscrapers, and the Marina Bay Sands place Singapore’s skyline among the most modern and iconic in Asia. Still, for many, a relic of the city’s past defines a visit to this island nation of nearly six million: hawker food centers. Singapore’s hawker food centers are collections […]

Solar powered “supertrees,” modern skyscrapers, and the Marina Bay Sands place Singapore’s skyline among the most modern and iconic in Asia. Still, for many, a relic of the city’s past defines a visit to this island nation of nearly six million: hawker food centers.

Singapore’s hawker food centers are collections of independently operated food stalls housed under one roof. Some centers are small, with only a dozen or so vendors, while others have more than 100. Each vendor serves their own recipes, and in any given center you’ll find cuisine from around the world. Singapore’s diverse population — majority Chinese, but also with large populations of people of Indian and Malaysian descent — is well-represented in the hawker centers.

Think of the last time you went to the food court at a large mall. Singapore’s hawker centers are kind of like that, except they’re generally open-air. Instead of choosing between Sbarro and Jamba Juice, you’re tempted by a local family serving banmian (a common Singaporean noodle dish) and the citrus-heavy aroma of Vietnamese pho that seeps over from the adjacent stall. Most centers have at least one purveyor of Indian food, though oftentimes there are multiple and each specializes in the regional food of the owner’s heritage. Street food in Singapore dates back to the 1800s when, under British colonialism, migrant families would prepare and sell family recipes on street corners to migrant workers craving both a taste of home and a quick, cheap meal. Not unlike the street food culture of other Asian metropolises, the practice took off as the city continued to grow in the early 1900s.

In 2020, Singapore’s hawker centers were placed on UNESCO’s Representative List of the Intangible Cultural Heritage of Humanity. As long-time hawkers age toward retirement, a new generation of owners is defining how they will be preserved.

The next generation of Singapore hawkers

After growing up in the tech-heavy culture of modern Singapore, many hawkers’ children opt to head abroad for university studies to pursue careers as bankers, lawyers, or other white-collar professions. The Singaporean government hopes to change this through a series of federal programs aimed at educating young generations on the ins and outs of the industry, as well as offering subsidies to start or continue a hawker business.

One person taking the government up on the offer is Claire Huang, a 33-year-old Singaporean who joined the fledgling movement of young hawkers and opened her own stall three years ago, Carrot Cubes, to sell Singaporean carrot cake and other traditional desserts inside the Cheng San Market.

“I would say it is not an easy trade for young aspiring hawker as it requires them to work long hours in a hot and cramped stall,” Huang says. “However, the Singapore government has sought, through traineeship programs and monetary subsidies, to lower the barriers of entry for young aspiring hawkers. I strongly believe that we will definitely find our ways to rejuvenate and sustain the hawker trade and safeguard our hawker culture and this is certainly a step in that direction.” 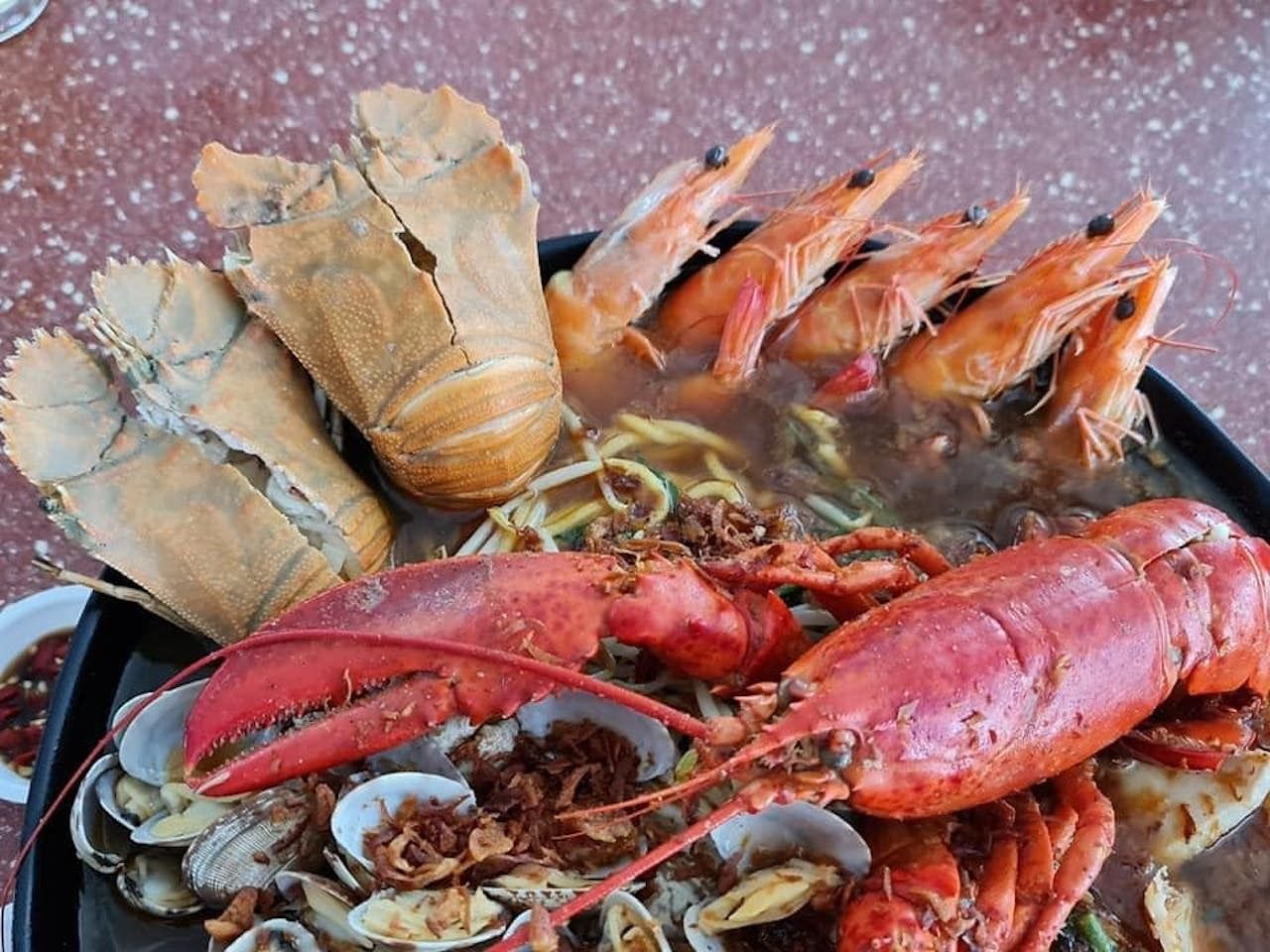 UNESCO status has combined with the government programs to attract new players even without kitchen experience.

“I am certainly proud that Singapore has won the UNESCO recognition as Intangible Heritage Culture of Humanity,” Huang says. “It made me feel like we have won an Oscar! I would like to take this chance to thank all the hawkers, especially the first generation, as this recognition would not have come without their sweat, toil and dedication to their profession.”

“[I] think it’s awesome that Singapore managed to get the [UNESCO] bid as hawker centers are an important and essential component of Singapore’s culture and diversity and have seen generations of hawkers doing their utmost to feed the nation,” she says.

Their gamble has paid off so far — the couple in 2019 opened their third location in Bedok North following the opening of their second in the Toa Payoh West Market and Food Center.

The future of hawker food culture in Singapore 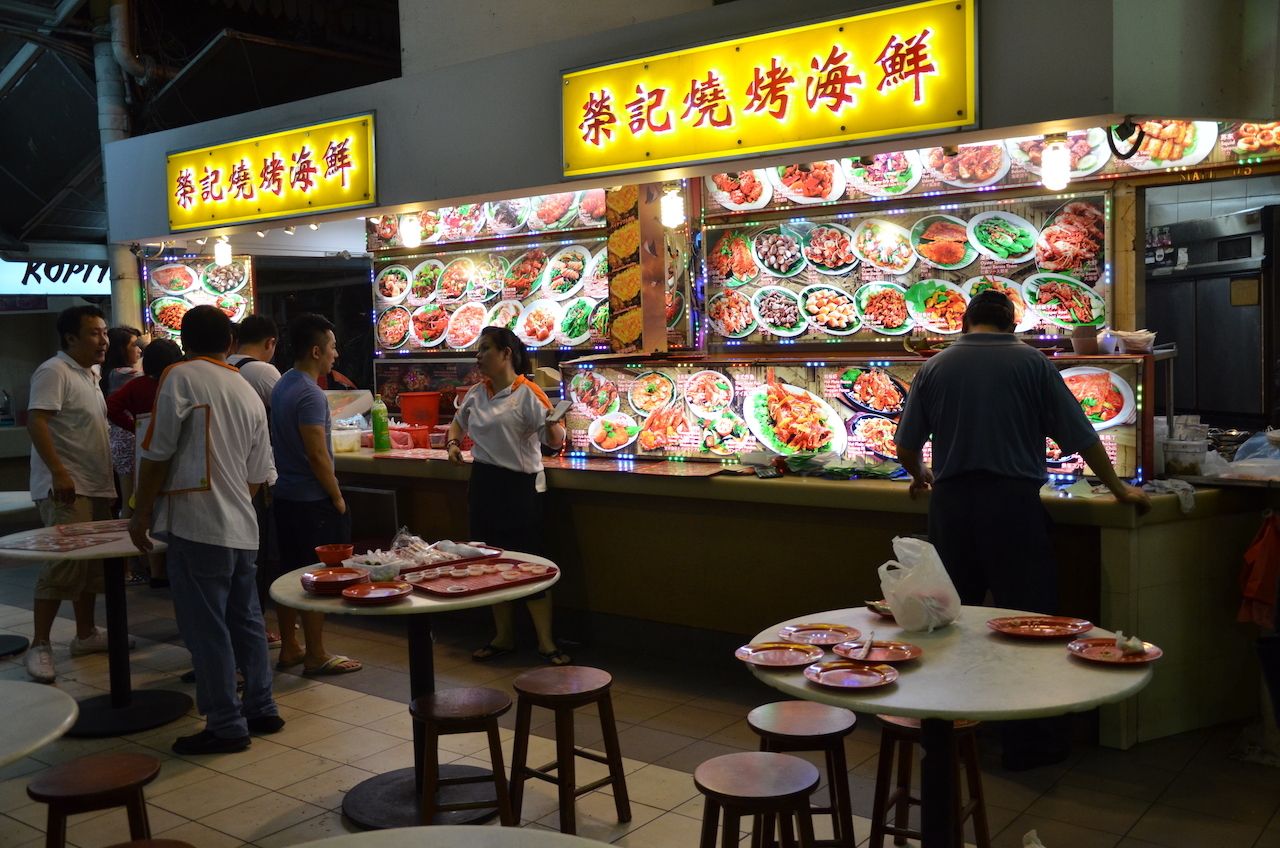 Part of the appeal for the younger generation is the ability to combine tradition with modernity. Huang, Chew, and other young operators in Singapore’s hawker centers are embracing modern ways of doing business, such as online ordering and delivery, and many have eschewed the traditional cash-only model in favor of accepting online payments and cards. This is quite a shift for what has historically been a bare-bones operation.

“The new generation of hawkerpreneurs will be able to come armed with business plans and the resources to expand their business overseas,” Huang says. “I strongly believe hawker food won’t disappear, but that the production and business models may change as now we are in a world of commercialization and automation, so some of the tradition techniques might be replaced by machinery.”

Some hawker centers have already enjoyed recent fame as individual chefs gain worldwide-renown. The Maxwell Food Center and its most popular stall, Tian Tian Hainanese Chicken Rice, often has a line of tourists waiting to place an order. For some, Michelin stars have followed the increasing success. Chan Hon Meng, better known as Hawker Chan, became the first hawker to earn the coveted Michelin star at Hong Kong Soya Sauce Chicken Rice and Noodle in 2016.

In terms of the future of the hawker culture, Chew says, “I hope that this culture will persist even in future generations. It is not an easy job to be hawkers, but it is certainly rewarding when you see people enjoying your food. If I can, I would want to pass my hawker business to my son to continue the business and I hope more young people will take up the challenge.”

The country’s young hawkers have big shoes to fill — and are eager to fill them.